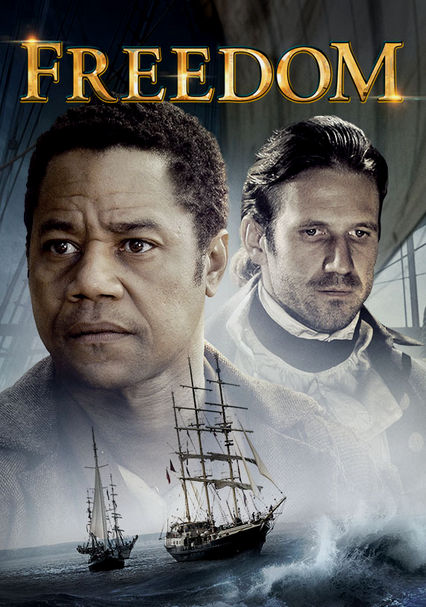 2015 R 1h 38m DVD
Pursued by a relentless tracker, Samuel Woodward and his family escape servitude on a Virginia plantation through a network of safe houses, an underground organization of ordinary citizens who smuggle runaway slaves to freedom.

Parents need to know that Freedom is a historical film about the Underground Railroad and "Amazing Grace" composer John Newton that's partially based on true events. The film shows the horrifying reality of slavery in pretty graphic detail, including disturbing scenes of slaves chained together on slave ships, slaves being whipped and branded, and one slave hanging from a tree. Slave trackers also carry guns, and multiple characters die, including one who's fatally shot. Profanity includes "bitch," "damn," and one use of the "N" word. In contrast to the horrifying violence, there's also a plethora of positive role models (some real, some fictional) who risk their lives to guide escaped slaves along the Underground Railroad. There's also a strong religious undertone to the film, which may be off-putting to nonreligious viewers.

Disturbing images of chained slaves on slave ships, slaves being branded and whipped, and one shown hanging from a tree. Slave trackers carry guns, and two people are shot, one fatally. Two other characters die, though not graphically.

Never give up hope. All people should be treated respectfully and like human beings. We shouldn't forget current slavery and human trafficking and should commit to end it.

One scene with cigar smoking; one character pours a glass of wine.