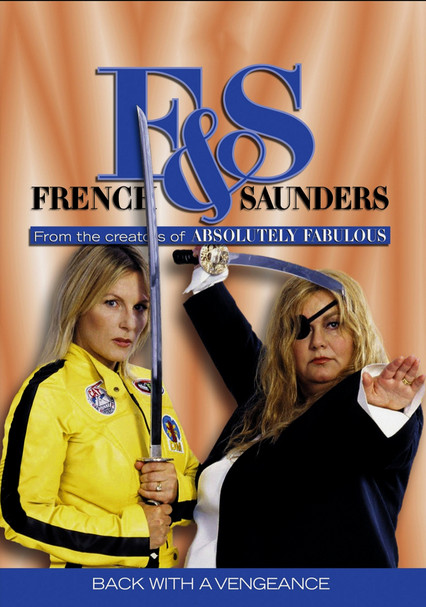 2004 NR 1h 50m DVD
The hilarious comedic team of Dawn French and Jennifer Saunders, the wizards behind the British television hit "Absolutely Fabulous," pair up for a Christmas special that showcases their refreshingly quirky, unnerving humor. No subject is sacred or hands-off for the duo, who dish out on-the-nose send-ups of some of Hollywood's biggest blockbusters (including The Last Samurai and Kill Bill), to great effect.