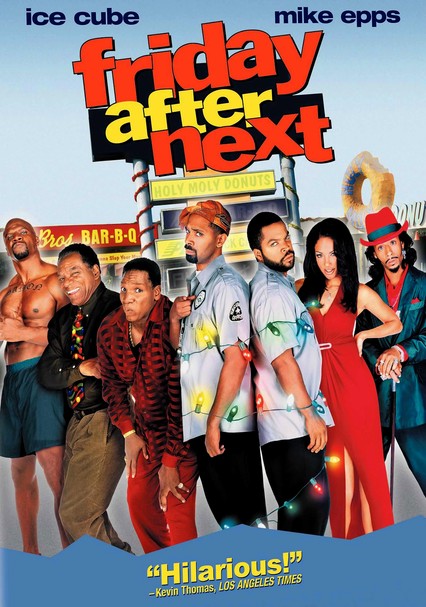 2002 R 1h 28m DVD
Get set for more neighborhood misadventures -- this time, during the holiday season -- as the third installment in the Friday series finds Craig (Ice Cube) and Day-Day (Mike Epps) working as security guards and dealing with a thief who's stealing Christmas presents. It's up to the close-knit, hard-luck cousins to catch the "ghetto Santa" and help keep the Yuletide spirit alive in this hilarious urban comedy.