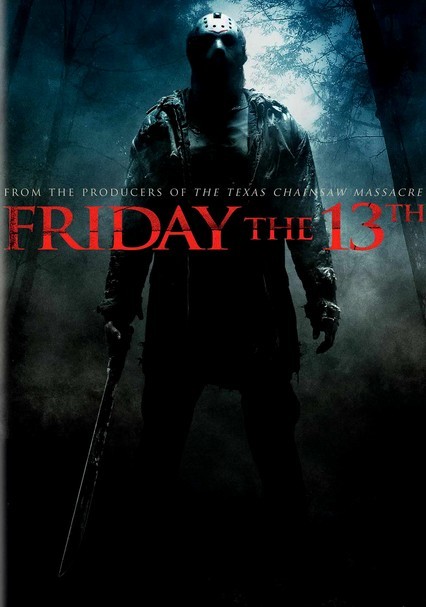 2009 R 1h 37m Blu-ray / DVD
Ignoring the warnings of the locals, a group of teenage camp counselors takes on the job of reopening Camp Crystal Lake -- on Friday the 13th no less, and raise the ire of Jason Voorhees, a masked, homicidal maniac.

Parents need to know that this slasher remake is a never-ending series of bloody, brutal, violent murders perpetrated by a mutilated sociopath. There are several explicit sex scenes, as well as scenes that mingle sexuality and violence -- like when a topless woman is knifed through the head with a machete. And as if all that weren't enough, characters swear nonstop, drink, and discuss and use drugs (particularly marijuana). The fact that all the pot-smoking characters wind up dead shouldn't be considered incisive social commentary, since those who don't partake wind up dead, too.

Multiple sex scenes with nude breasts and buttocks shown; extensive discussion of sexual acts, positions, and body parts; a woman water skis topless and is then killed with a machete (while still topless). Suggestive dancing.

Constant, bloody, and brutal violence. A woman is tied in a sleeping bag and hoisted over a fire to be burned alive. Multiple machete stabbings, slashings, and slayings; blood spurts from slit throat. Decapitations, with severed heads and neck-stumps shown in detail. A man is pierced through the head with an arrow. A topless woman hiding in the water under a dock is stabbed from above through the top of her head with a machete and raised up so her breasts are visible at the moment of her death. A man is stabbed through the eye and pinned to a door with a fireplace poker. A man is struck by a hurled axe. A man is dragged into a tree shredder by a chain wrapped around his neck. Extensive depiction of victims' bloody remains.

No positive messages. The movie plays up traditional slasher movie stereotypes in which spoiled, drug-taking, sexed-up teens get brutally killed.