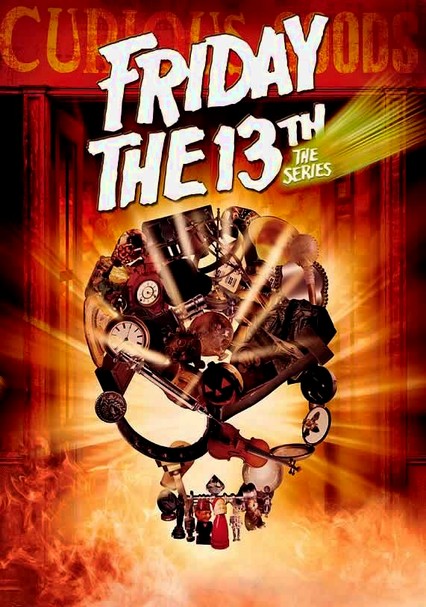 1987 NR 2 seasons
Distinct from the Friday the 13th gore franchise, this supernatural series from the 1980s relates the spooky adventures of two young cousins, Micki (Louise Robey) and Ryan (John D. LeMay), who inherit an antique shop whose inventory has been cursed by the devil. Instead of selling more goods, the pair sets about trying to recover the many blighted antiques already sold to various buyers -- before their potential for evil can be exploited.

A long-ago pact with the devil continues to yield grave consequences for the staff of Vendredi's Antiques, as plucky owner Micki (Louise Robey), occult expert Jack (Chris Wiggins) and handsome Johnny (Steve Monarque) race to find the jinxed relics of Lewis Vendredi. In the third season of the serial horror sensation, the trio tracks down a poison-producing tea set, a painting by the Marquis de Sade, a deadly cross from the Crusades and more.