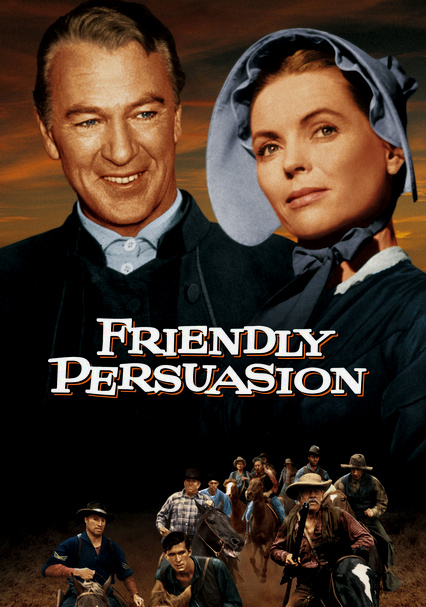 1956 NR 2h 17m DVD
Jess and Eliza Birdwell (Gary Cooper and Dorothy McGuire) are devoted Quaker parents in Indiana during the height of the Civil War. The Birdwells' religion opposes violence, but as Confederate forces march closer -- looting and burning as they go -- the community prepares a defense. However, the family's nonviolent stance is tested when their son, Josh (Anthony Perkins), decides he wants to fight for the North.

Parents need to know that this movie thoughtfully raises the issue of how someone committed to non-violence responds to a violent world.