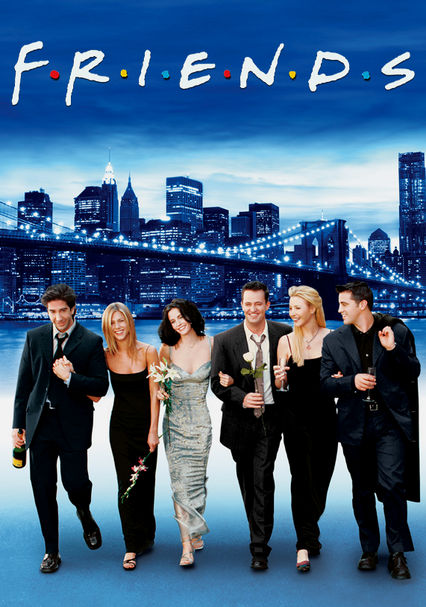 1994 TV-14 9 seasons
This smash-hit, multiple-Emmy-winning sitcom follows the merry misadventures of six 20-something apartment dwellers as they navigate the pitfalls of work, life and love in 1990s Manhattan.

Season 3 developments of the delightfully daffy sitcom include Chandler and Joey adopting a duck and a chick, Ross and Rachel going "on a break," Monica meeting a new man, Phoebe connecting with family and Chandler hooking up with Joey's sister.

More oddball antics are in store in Season 4, including the Thanksgiving Chandler spends in a box, Phoebe becoming a surrogate mother for her half-brother and Ross marrying Emily but making a Freudian slip at the altar.

In the fifth season of the smash-hit sitcom, the friends continue to haphazardly navigate their way through Manhattan, landing in more improbable situations along the way than anyone has a right to imagine.

In Season 6 of the Emmy-winning series, Ross doesn't tell Rachel that their accidental marriage wasn't annulled -- but he does tell Phoebe. Monica and Chandler move in together, leaving Rachel without an apartment and Joey without a roommate.

Monica and Chandler prepare for their wedding but must deal with a competition between Rachel and Phoebe to be Monica's maid of honor. Joey, meanwhile, experiences job woes, and Ross goes nuts teaching his son about Hanukkah.

Rachel finds herself surprisingly adept at taking care of Emma but struggles to define her relationships with Joey and Ross. Meanwhile, Monica takes to baby-making with zeal but hits a wall -- much to Chandler's chagrin. And Phoebe falls in love!

The touching final season wraps up the stories of the Manhattan sextet, including Ross and Rachel's on-and-off romance. Meanwhile, Monica and Chandler try to adopt a baby, Phoebe faces life as a married woman, and Joey pursues his acting career.