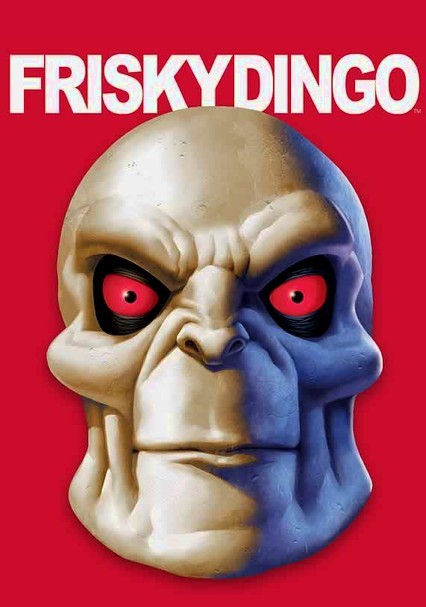 2006 TV-MA 2 seasons
In this wild and witty animated superhero spoof, epic confrontations take place between once-retired superhero Awesome X and brand-new supervillain Killface, who appears on TV to announce his plans to destroy the world with his Annihilatrix device. While revived by the challenge of a new enemy, Awesome X and his alter ego, mega-rich ladies' man Xander Crews, are often forced to help Killface instead due to superhero business considerations.

In this animated series from "Sealab 2021" creators Matt Thompson and Adam Reed, a bored villain and a superhero who refuses to retire square off over the former's plan to destroy the world. As Killface deals with the unpleasant bureaucratic details of eliminating the planet, Awesome X -- the superhero alter ego of billionaire action figure maker Xander Crews -- contemplates coming out of retirement in this clever superhero spoof.

In the second season of this animated superhero spoof, bored villain Killface abandons his plans to destroy the world and decides instead to lead it. Claiming to have cured global warming, he enlists rapper Taqu'il to spread the news as he enters the race for the nation's top office. Determined to thwart Killface and expose his lies, superhero and action figure maker Xander Crews throws his hat into the ring as well.

Parents need to know that this animated action-comedy series (part of Cartoon Network's late-night Adult Swim lineup) focuses on the lives of a superhero and a super villain, neither of whom are particularly likeable or exhibit any positive characteristics. That, plus the show's violence (including some disturbing scenes of violence against women), strong language, and sexual innuendo make it a very iffy choice for tweens and young teens.

Contains references to sexual acts, such as "dry hump." Some sexual behavior is visible, including Xander Crews' brief relationship with a prostitute.

Animated laser gun fights and blood splatters. Random killings and violent acts are depicted as humorous. (One particularly disturbing scene features Killface repeatedly punching a woman while she's speaking to him). A lot of the violence is carried out by the two main characters against their own staff.

Some strong language, including phrases like "dick around." Explicit words are bleeped out.

No positive values associated with "fighting evil" are evident here; the focus is on humor. Both Killface and Crews are particularly disrespectful to women. Some characters of multiracial background, including Taqu'il the rapper and Sinn, one of Killface's "people." Also features a dysfunctional relationship between Killface and his son, Killface Jr.