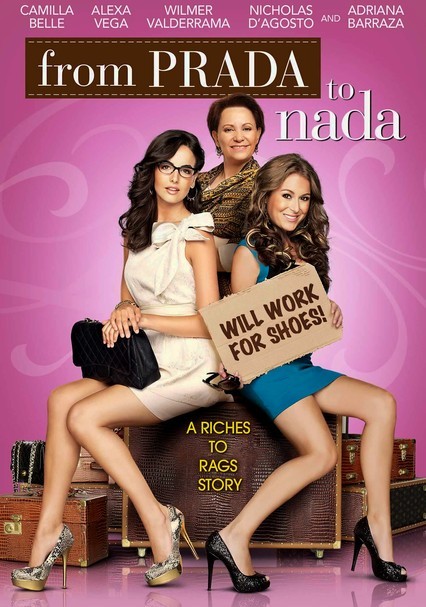 2011 PG-13 1h 46m Blu-ray / DVD
In this spirited comedy loosely based on Jane Austen's "Sense and Sensibility," two Latina sisters accustomed to luxury and high style become penniless when their father dies, forcing them to move in with working class relatives.

Parents need to know that this modernized take on Jane Austen's Sense and Sensibility stars former teen sensations Camilla Belle and Alexa Vega (Spy Kids) as wealthy sisters who move to East L.A. after their father's death leaves them penniless. The word "s--t" is used frequently, and one relationship leads to a sexual situation (but there's no nudity). Characters drink and get drunk, and marijuana use is visible. Expect lots of humor and stereotypes based on Mexican-American culture, but the movie also celebrates the beauty of this heritage and offers positive messages about family, friendship, and love.

Romance is a major theme of the movie. One sexual encounter includes images of adults in bed wrapped in nothing but sheets (no nudity visible).

Mild exchanges with female gang members. Gun shots are heard. One character is involved in a serious car accident; facial bruises are visible. The unexpected death of one parent is visible.

The girls learn positive lessons about the value of their Mexican heritage, as well as the importance of family, friendship, and love.

Alcohol (wine, mixed drinks, tequila) consumption is visible, which sometimes leads to some drunken behavior. One character is shown smoking marijuana and acting high as a result.