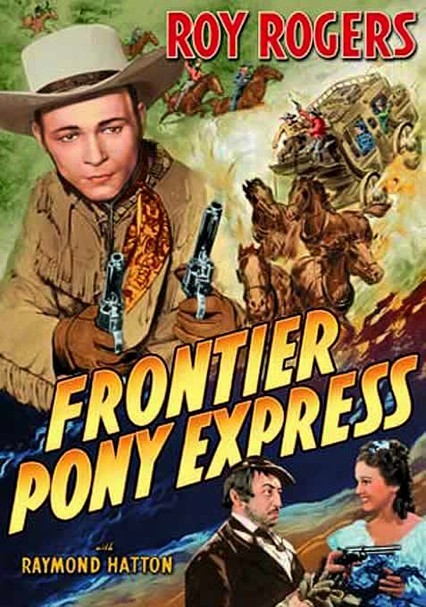 1939 NR 0h 53m DVD
While working in California, Pony Express rider Roy Rogers (played by Rogers) witnesses both Confederate and Union attempts to seize control of the state. Meanwhile, ruthless businessman Lassiter (Edward Keane) is preparing his own bid for power. After Roy refuses one of his bribes, Lassiter turns to an outlaw gang, and trouble soon follows. Along the way, Rogers finds time to croon "My Old Kentucky Home" and "Rusty Spurs."