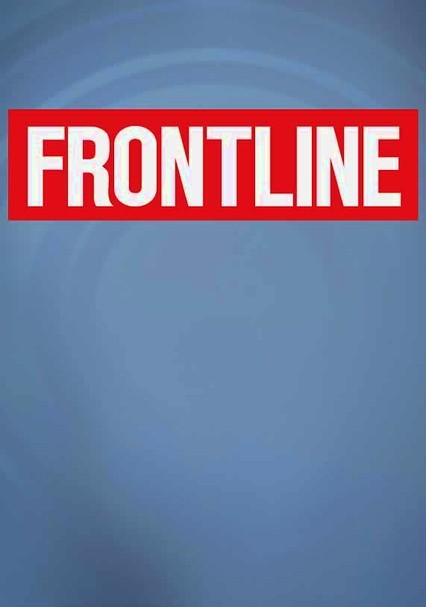 1983 NR 10 seasons
Since its first broadcast on PBS in 1983, "Frontline" has presented pioneering and often controversial public affairs documentaries, earning praise for thoughtful, articulate analysis of major political and social issues. Drawing on the talents of numerous independent documentary filmmakers, the program's aim is to demystify complex issues for the public, including global relations, environmental crises and national politics.

With the U.S. health care system needing urgent care, "Frontline" looks to other leading capitalist democracies to see how their health care systems operate and whether those systems might be a model for much-needed reform at home. But are Americans willing to accept taxation or socialized medicine? Will U.S. insurance providers undermine change? Correspondent T.R. Reid examines systems in the U.K., Japan, Switzerland, Germany and Taiwan.

Originally aired in Oct. 2008 -- during the final sprint of the longest presidential race in history -- this anniversary edition of "Frontline" gives an even-handed look at the two men at the center of the battle: John McCain and Barack Obama. Examining these iconic figures' political and personal histories, the program includes interviews with advisors, friends and associates of the candidates as well analysis from political commentators.

With Venezuelan President Hugo Chávez's weekly show "Aló Presidente" as a backdrop, "Frontline" producer Ofra Bikel examines the controversial politician's life and chronicles his rise to power. Interviews with Chávez's associates, former public officials and average citizens offer insights into his personality, policies and shrewd use of the media. But these telling accounts also expose fissures in his anticapitalist agenda.

Few Americans in the early years of the 21st century would argue that the country's healthcare system is healthy; however, fewer still would be likely to agree about how to fix it. This "Frontline" special attempts to find some answers. Traveling around the country, going inside insurance companies and taking a hard look at one state's failed efforts at healthcare reform, the program tackles one of the toughest issues of modern times.

Sentenced to 150 years in federal prison, Bernie Madoff perpetrated the largest financial fraud in history. Following a timeline dating back to the 1960s, Frontline takes you inside the web of deception that snagged investors for $65 billion.

A detailed look at the roots of America's worst economic crisis since the Great Depression, this "Frontline" documentary exposes why government officials refused to regulate emerging derivatives markets that later ruined global financial systems. Director Michael Kirk focuses special attention on the intriguing story of Brooksley Born, the head of a little-known regulatory agency who fought in vain for the increased oversight of derivatives sales.

This powerful installment of the long-running PBS series takes a look at the complex -- and often agonizing -- end-of-life decisions that must be made by physicians, those facing the prospect of death and their loved ones. Doctors, patients and families discuss key issues such as when to disconnect a breathing tube, when to continue treatment, when to bring in hospice and the affordability of the mounting costs associated with end-of-life care.

The acclaimed, hard-hitting PBS show "Frontline" takes on Karl Rove, so to speak, in this insightful profile of the man dubbed the architect of President George W. Bush's return to the White House. As chief adviser and strategist, Rove has been a controversial figure in Washington. Get to know the very private politico largely believed to be one of the most powerful men of the Republican party, and see how he made his way to the top of the political chain.

The award-winning "Frontline" television show trains its investigative lens on marketing moguls who conduct endless surveys and focus groups sampling the tastes, attitudes and aspirations of American teens to determine exactly what they want. As Hollywood and Madison Avenue craft tailored versions of teenage life in movies, TV, music and advertising, just how far will they go to reach the hearts -- and wallets -- of American youth?

For every high-profile mission like the one that took out Osama bin Laden, there are countless others that happen in the shadows of the War on Terror. "Frontline" focuses on the forces committed to bringing the worst of the Taliban to justice.