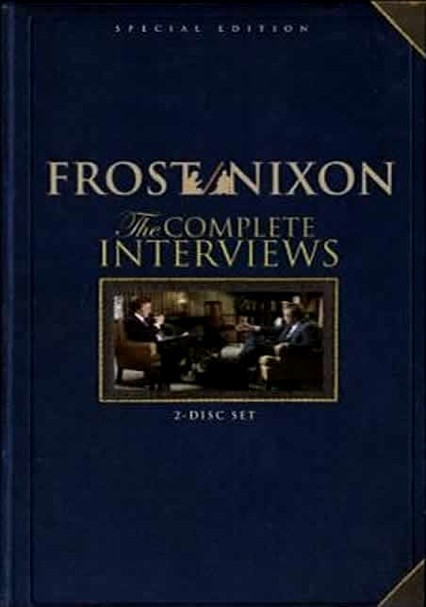 1977 NR 2 discs
The historic David Frost/Richard Nixon interviews that riveted viewers for four nights in May 1977 and inspired both a Tony-winning play and an Oscar-nominated film are offered in their entirety in this intriguing look back at history. After agreeing to be interviewed without screening any questions in advance, Nixon sat down with the British journalist to candidly discuss the Cold War, Vietnam and -- most notoriously -- the Watergate scandal.