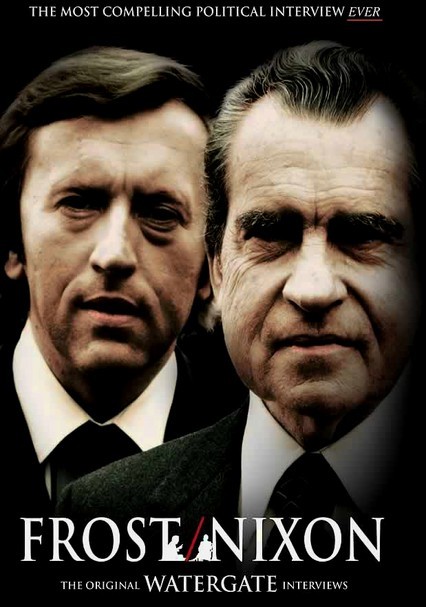 1977 NR 1h 28m DVD
In this edited collection of interviews, tenacious British journalist David Frost conducts his now-famous 1977 talk with Richard Nixon in which the former president candidly discusses the Watergate scandal and its aftermath. Additional footage includes Frost's reflections on the interview and his reaction to "Frost/Nixon," the Tony-winning stage play and subsequent film inspired by his history-making work.