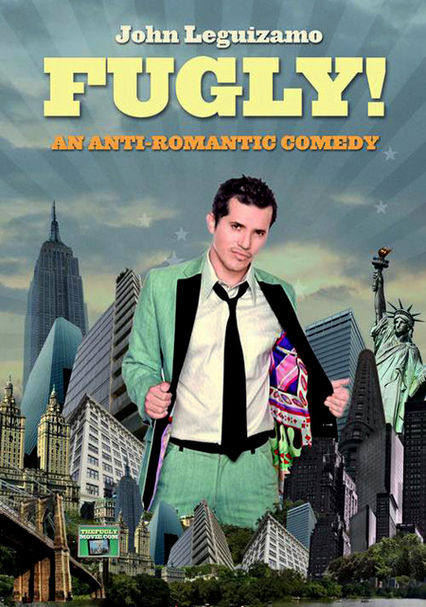 2014 UR 1h 26m DVD
Fame proves elusive for comic Jesse Sanchez, who reflects on life from the bottom of a bathtub in this film based on John Leguizamo's one-man show. The story that unfolds has it all: love, loss, mistakes, adventure and redemption.

Parents need to know that Fugly! is an edgy dark comedy starring John Leguizamo as a character a bit like him -- a Latino stand-up comedian-turned-character actor. Scenes of the main character's "blue" stand-up routines explicitly reference his sex life, his lower-income upbringing, and showbiz, as well as an overriding plot point about his desire to kill himself. Strong language ("f--k," "s--t," "a--hole," etc.) dominates the dialogue, and sex scenes are frequent, although they show more thrusting and moaning than actual nudity. The humor is rather adult, so the movie is best for older viewers who are already fans of Leguizamo.

An older character dies, and suicide is a running theme/plot point -- Jesse nearly kills himself by strangling and drowning.

No matter how hard life gets, it's still worth living. Jesse encourages people to hold on to the people they love instead of being afraid of commitment. The story stresses the importance of close family ties and sheds light on the problem of ethnic stereotypes in television and film. But darker themes include suicide and adultery.