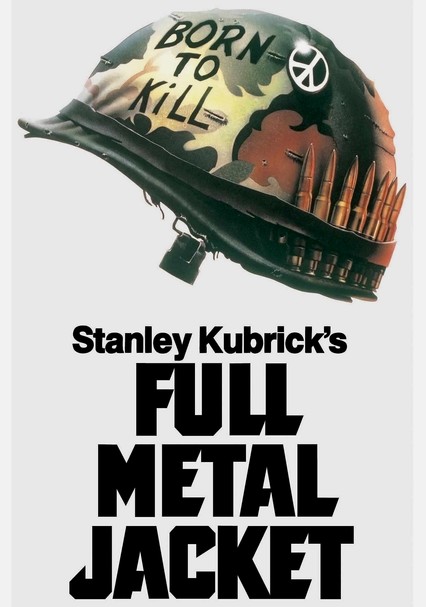 1987 R 1h 57m Blu-ray / DVD
Vietnam-era Marine recruits endure the grueling ordeal of basic training and later face the unrelenting Viet Cong during the 1968 Tet Offensive in this grim Stanley Kubrick drama based on a novel by Gustav Hasford.

Parents need to know that this is an extremely graphic and unblinking look at war, starting with Marine Corps basic training. This movie is not appropriate for kids. There is a lot of very strong language and very explicit violence, much of it shot in slow motion.

Very explicit violence, much of it shot in slow motion.