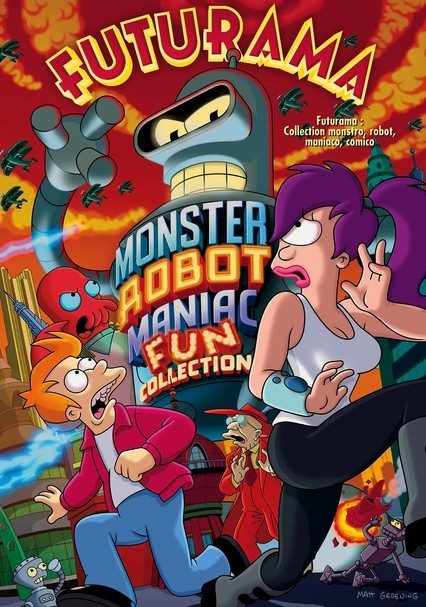 1999 NR 1h 28m DVD
"Futurama" executive producers Matt Groening ("The Simpsons") and David X. Cohen show off their best work, packing four of their favorite episodes into one collection. Set in "New" New York in the year 3000, this clever animated comedy reveals a futuristic world with just as many hassles as the present. Episodes from the first four seasons include "Hell Is Other Robots," "Anthology of Interest," "Roswell That Ends Well" and "The Sting."