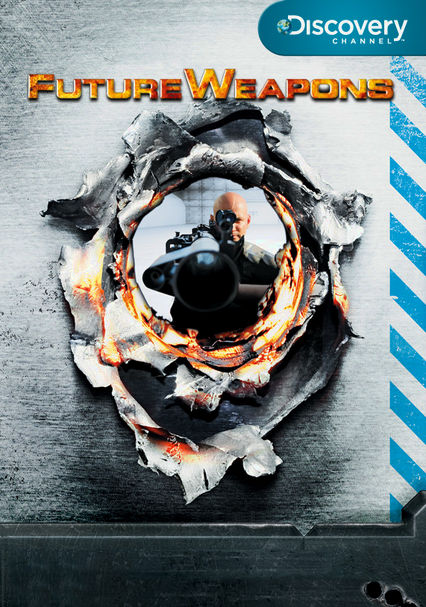 2006 TV-PG 2 seasons
Former Navy SEAL Richard "Mack" Machowicz gets to travel the globe blowing up bombs, launching missiles, and testing, reviewing and examining the science behind modern military weaponry as host of this Discovery Channel documentary series. Over the course of several seasons, Mack encounters everything from the Active Denial System, a non-lethal way of protecting troops, to some of the extremely lethal weapons used by the Israeli Army.

Ex-Navy SEAL Richard "Mack" Machowicz takes viewers on a fascinating journey around the globe, exploring the imaginative yet deadly world of futuristic weaponry and the bizarre minds of those who conceive such inventive destruction. Captivating and chilling, the series illustrates the devastation inflicted by weapons such as the Massive Ordnance Air Burst, the Sensor Fuzed Weapon, the thermobaric bomb and the Metal Storm automatic rifle.

Witness cutting-edge technology on display as ex-Navy SEAL Richard "Mack" Machowicz puts futuristic weapons to the test. As he travels around the world, Mack meets interesting inventors and examines the science that allows these weapons to work. Smart missiles, precision lasers, unmanned combat vehicles, sniper detection systems and electromagnetic rail guns are just a few of the amazing devices Mack gets to try out.

Parents need to know that this documentary-style show demonstrates weapons that are new or forthcoming. Viewers see guns, tanks, bombs, and other war-related technology being tested and occasionally used in real life (footage of bombs being dropped in Iraq, for example). Some test footage repeats multiple times during a single episode, reinforcing the particular weapon's destructiveness. Though most segments only allude to the destruction of human life, some show examples of a weapon's power, such as one in which a test dummy's body disintegrates in the face of an explosion. In one episode, viewers briefly see real human skin that's been affected by the anthrax virus. Content is potentially scary to viewers of all ages, especially in a time when war and violence are a steady feature on the news.

The entire show focuses on weapons, warfare, and violence. Computer graphics and real footage of weaponry in action. Occasional real-life warfare is shown, though no death.

Occasional "hell" -- used not as a curse, but as a location.

Weaponry is fetishized to an extent; called "toys" on occasion. The show is assertively pro-military, specific to the U.S. military and some of its allies -- so the "us against them" idea is present.

Weapons are very expensive to produce, and mention of their price is sometimes used to emphasize how impressive they are.