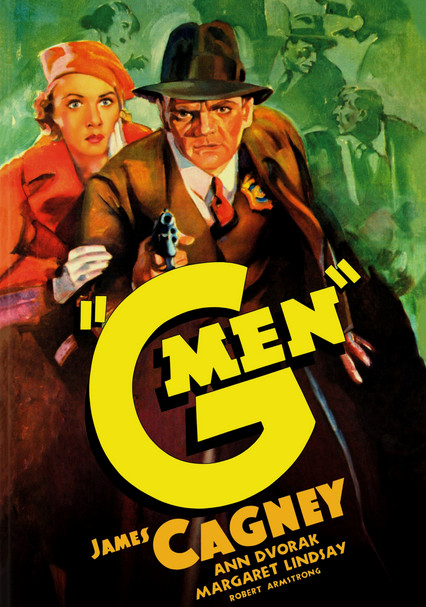 1935 NR 1h 26m DVD
Perennial film tough guy James Cagney finds himself on the right side of the law in this fast-paced crime drama about a young attorney who joins the FBI after his friend gets snuffed in a gangland killing. When the culprit and his two cohorts take it on the lam, newly minted G-man James "Brick" Davis (Cagney) pulls out all the stops to nab the trio. Adapted from the novel &NFiPublic Enemy No. 1&NFi_;, G-Men also stars Ann Dvorak and Lloyd Nolan.