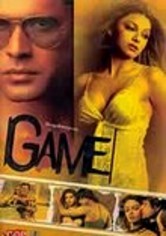 2006 NR 2h 26m DVD
After falling from grace with his two closest friends, Ronnie suddenly finds himself under attack by his former pals. With his survival at stake, he devises a way to trap his foes in a deadly game. But Ronnie soon discovers that to save his own life, he may end up killing the people he loves. Now, he must decide whether his life is the only thing that ultimately matters in this Hindi thriller.