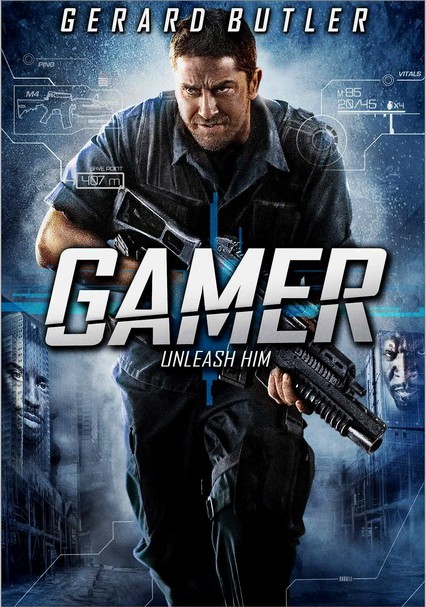 2009 R 1h 35m Blu-ray / DVD
In 2034, death-row inmates serve as human avatars who are pitted against each other in an online game called "Slayers." But all hell breaks loose when the star combatant escapes the game's confines, intent on taking out its evil architect.

Parents need to know that this mediocre action movie is full of frenetic violence, quick-cut nudity and sexual material, strong language (including lots of uses of "f--k"), and plenty of gore (shootings, stabbings, and more). There's also a general feeling that, just as in their prior Crank and Crank: High Voltage, the filmmakers seem to get great pleasure from trying to offend audiences with this kind of nonstop sexual material, nudity, and violence.

Constant brutal violence, including shootings, stabbings, beatings, and more. Body parts and heads are obliterated by shells and explosions, with the camera lingering on the effects. Bloody wounds drip; other gore is visible. A knife is held to a child's throat.

Even though the movie asks its audience to think about the nature of violent entertainment, it's presenting violence as entertainment. Several characters have moral awakenings, but the overall message is negative.

Some real-world brands mentioned or visible, including Mountain Dew.