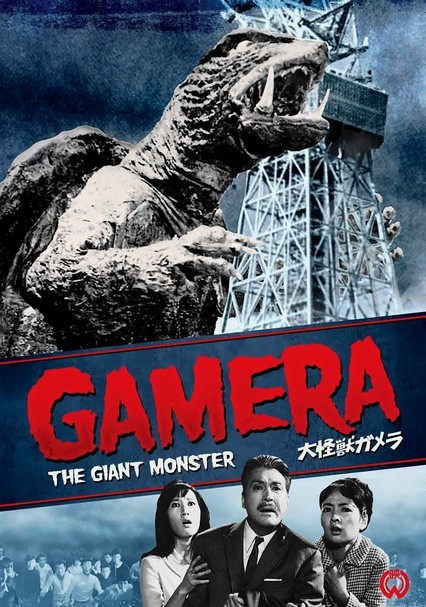 1965 NR 1h 18m DVD
Set free from an icy sleep by a nuclear explosion in the Arctic, a massive flying turtle named Gamera travels to Tokyo and begins a destructive rampage in this first installment of the sci-fi action series starring the fire-breathing reptile. Initial efforts to stop the creature fail, but after Gamera rescues a young boy, the two form a sympathetic bond -- which may aid authorities in their quest to subdue the beast using their "Plan Z."