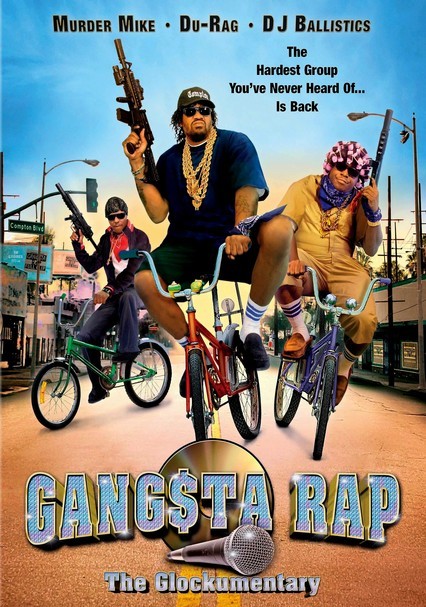 2007 R 1h 22m DVD
Writer-director Damon "Coke" Daniels pokes fun at the seriousness of gangster rap with this tongue-in-cheek mockumentary chronicling the comeback of a West Coast act that's well past its prime. After taking the industry by storm in the 1980s with hits such as "Spit or Swallow" and "Beat Yo' Mamma with a Hammer," the members of Gangsta Rap went largely unheard of for more than a decade. Now, they're back … and they're worse than ever.