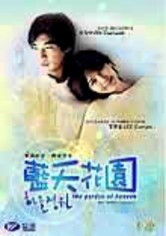 2003 NR 1h 38m DVD
Melancholy Choi Oh-sung (Mu-song Jeon) is beset by emotional problems stemming from tragically losing his parents as a child. That's why he's surprised when he meets fellow orphan Kim Young-ju (Eun-ju Lee) and finds himself opening his heart (that had been locked away for years) to her. But as Choi begins falling in love, he discovers he could lose Kim as abruptly as he lost his parents … you see, she's dying from an incurable disease.