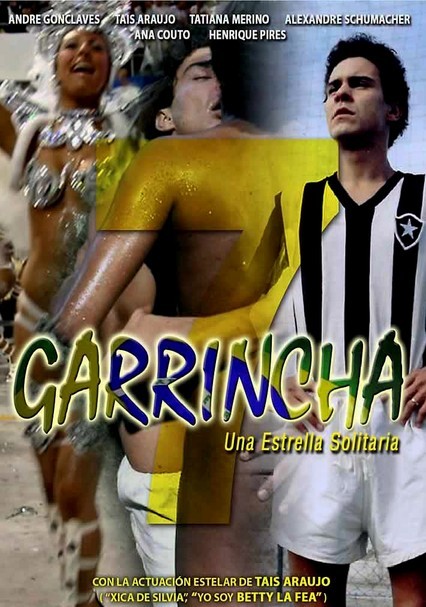 2003 NR 1h 50m DVD
Though he is often credited as the greatest dribbler in soccer history, Brazilian footballer Manuel Francisco dos Santos (Andre Goncalves) -- known to his fans as Garrincha, or "songbird" -- led an equally fascinating life off the field. Chronicling the highs and lows of his tumultuous story, this biopic addresses his problems with alcohol and his notorious infidelity, which included a 15-year affair with singer Elza Soares (Tais Araujo).