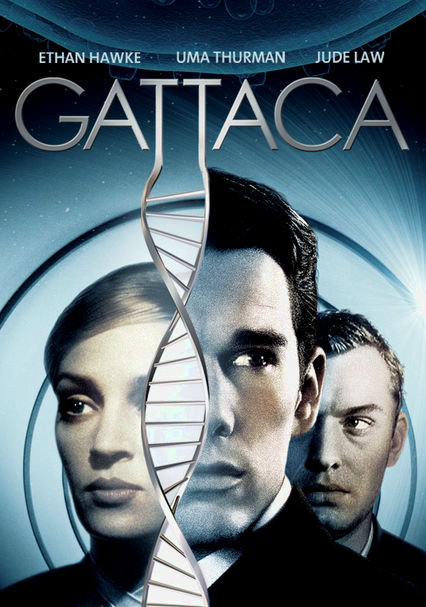 1997 PG-13 1h 46m Blu-ray / DVD
In a future where status is determined by genetics, a genetically flawed "In-Valid" man conspires to game the system in order to achieve his lifelong dream. In the process, he meets and falls in love with a beautiful "Valid" with a heart defect.

Parents need to know that this movie focuses heavily on ideas of identity and accomplishment, though not always in a clear way. Our hero has a strong drive to overcome his supposed weaknesses, but he lies about his identity to do so without consequence. Although violence in the movie is minimal, a brutalized corpse is shown at a murder scene. One character commits suicide by burning himself. There is a very brief sex scene with no explicit nudity. Overall, the movie takes a very strong stance against genetic engineering.

One fight scene, a suicide, and the results of a murder are shown.

A few characters have questionable judgment.

Some drinking and cigarette smoking.