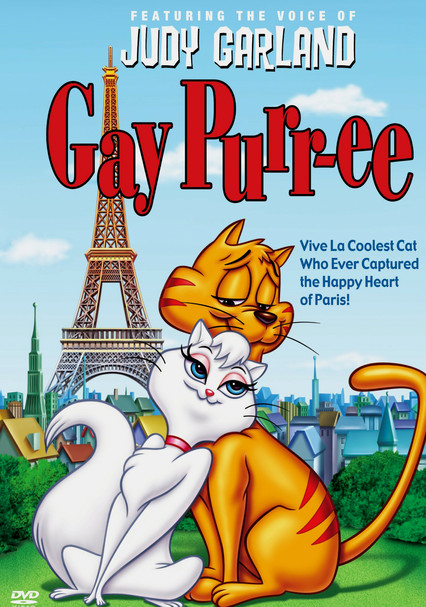 1962 G 1h 25m DVD
French kitty Mewsette jilts her country-cat paramour, Jaune Tom, in favor of life in the très chic City of Light. But before she knows it, she's kidnapped by nefariosu cat-snatchers. Who will save her before it's too late? Judy Garland, Robert Goulet, Morey Amsterdam, Mel Blanc and Red Buttons are just a handful of the famous names who lend their esteemed voices to this animated classic musical set in 1895.