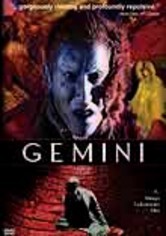 1999 NR 1h 24m DVD
Yukio (Masahiro Motoki), a wealthy doctor, has a satisfying marriage with his hauntingly beautiful wife, Rin (Ryo). But with the arrival of Sutekichi (also played by Motoki), a dashing doppelgänger who looks exactly like him, Yukio's once orderly life is turned upside-down. Underground filmmaker Shinya Tsukamoto directs this period horror piece set in turn-of-the-century Japan, based on the story by novelist Rampo Edogawa.