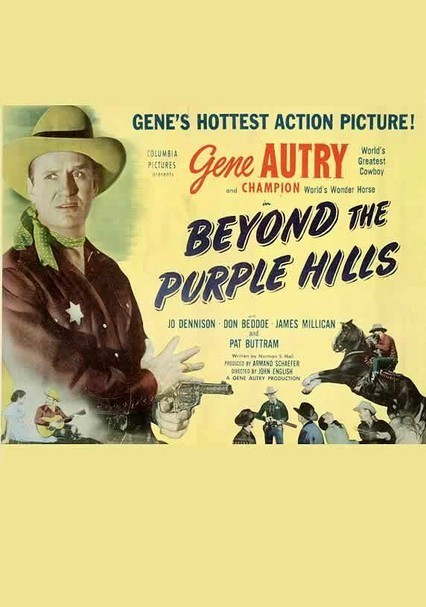 1950 NR 1h 10m DVD
When a gang of bank robbers takes out the town sheriff (Harry Harvey), Gene Autry and his ever-faithful steed Champion step in to fill the post. But soon a second murder rattles the locals: the death of revered Judge Beaumont (Roy Gordon). All evidence seems to point to the judge's rowdy son (Hugh O'Brian, in his film debut) as the culprit, but Autry believes the young man to be innocent and vows to find the real killer.