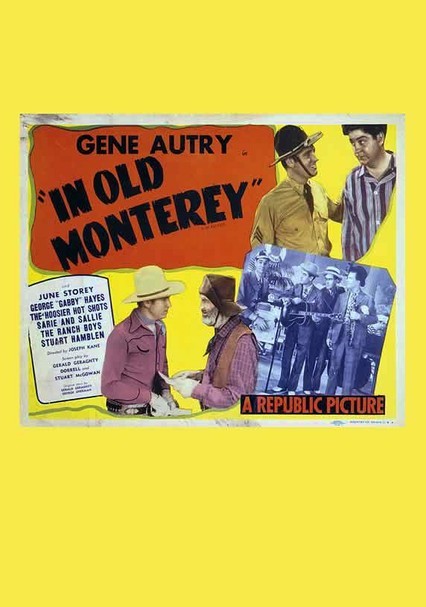 1939 NR 1h 13m DVD
All isn't quiet on the Western front in old Monterey. World War II has begun, and the government, worried it won't be prepared for attacks, has decided to test its bombs on this stretch of land. The locals protest the plan -- until Sgt. Gene Autry and his sidekick (Smiley Burnette) ride into town to explain the military's stance. But could a local mogul (Jonathan Hale) have reason to encourage the community's paranoia?