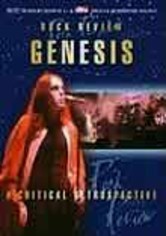 2006 NR 1h 0m DVD
From their early years as a progressive rock act with theatrical front man Peter Gabriel to their pointed turn toward commercial success with pop-oriented singer-drummer Phil Collins, Genesis has had more than one musical personality. Assessing the band's storied career with a critical eye, this retrospective unearths rare concert footage, archival film and intimate band interviews for a penetrating look at their lasting influence on rock.