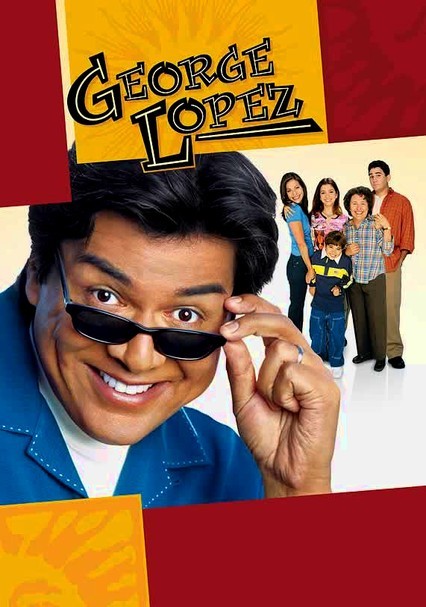 2002 TV-PG 2 seasons
Genial working-class dad George Lopez moves from the assembly line to management at a Los Angeles airplane parts factory, putting him in the queasy position of telling his buddies and his mom, Benny (Belita Moreno), what to do. In this bouncy family sitcom, life at home is just as complex, with Benny and daughter-in-law Angie (Constance Marie) ever in each other's hair and kids Carmen (Masiela Lusha) and Max (Luis Armand Garcia) growing up fast.

This popular ABC sitcom -- a vehicle for stand-up comedian George Lopez -- keeps audiences laughing in its third season on the air, with George's headstrong mother, Benny (Belita Moreno), providing copious amounts of comic relief. A two-part season premiere finds George hustling to prep his workers for a visit from the president of the United States, only to find himself at odds with the long arm of the law.

Parents need to know that the hard-working Lopez family is generally respectful (the teen daughter is much less whiny and defiant than teens on other shows, and the family is supportive toward the son with dyslexia). But innuendos are common, and some of the humor relies on put-downs ("she's not like you when you were getting married -- she's not a minor, not pregnant, and knows the name of the guy she's marrying"). The ethnic humor doesn't sink as low as it could, but it is there, and sometimes it's more stereotypical than it has to be.

Occasional profanity ("damn," "crap"); some humor based on insults.

The family is basically loving, but humor draws on some ethnic stereotypes and many sexual innuendos.

Characters drink tequila, and one episode deals with "swallowing the worm" (which results in hallucinations).