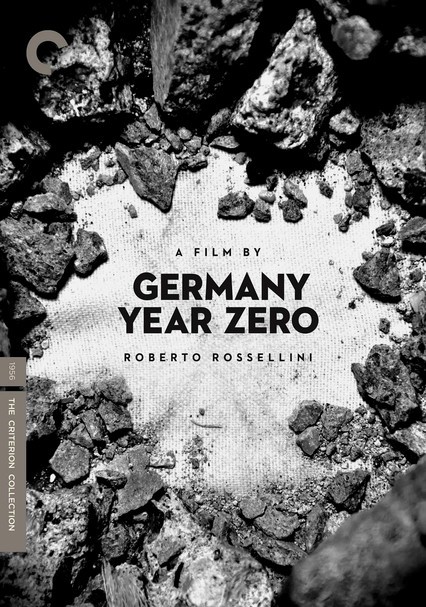 1948 NR 1h 11m DVD
Roberto Rossellini completes his World War II trilogy with a poignant story about 12-year-old Edmund (Edmund Moeschke), who must support his dying father in war-torn Berlin's black market and falls in with a dangerous Nazi sympathizer (Ernst Pittschau). It's survival of the fittest on the streets, and Edmund has to steal in order to survive. In his desperate state of mind, the impressionable youth begins to follow Nazi propaganda.