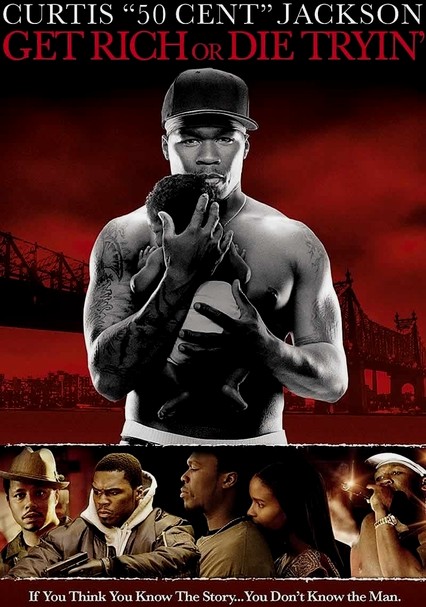 2005 R 1h 56m DVD
Determined to leave his criminal days behind, inner-city drug dealer Marcus pursues the one thing that inspires him -- rap music -- but on his life-altering journey, the aspiring artist runs into tough times.

Parents need to know that younger teens are going to want to see this movie. It includes frequent violence (shooting, stabbing, fist fights) and its consequences (loss of friends and family, funerals, desires for revenge and discussions of alternatives). The hero appears in the hospital, in emergency surgery, and near death, as the film flashes back to his birth in a diner. A woman is burned to death in her home (her killer claims to have raped her first, though we don't see this). The hero starts his drug dealing career as a child, shoots rivals, and is shot himself, in a brutal scene shown twice. Prisoners fight in a shower, showing naked bodies and bloody effects of stabbing and beating. One sex scene includes close-ups of body parts. Dialogue and lyrics include frequent cursing (including "f--k" and the "N" word).

Sexual language and slang for genitals; two sex scenes (one implied, the second shot in softlit body-part close-ups); naked male prisoners fight in a shower (long shot on this scene holds for a couple of minutes, to show bodies in desperate struggle).

Shooting opens the film (brutal assault on hero, who then tells his story in flashback); multiple shootings, stabbings, fist fights, and one death by machete.

Frequent cursing (including f-word) and use of n-word, in dialogue and lyrics.

Again, the hero is a drug dealer, though he learns to "express himself" in music rather than violence.

Young characters yearn for new sneakers; discussion of wanting money to buy shoes and other gear.

Hero is a drug dealer who goes straight; film includes smoking, drinking, and drug use and making.