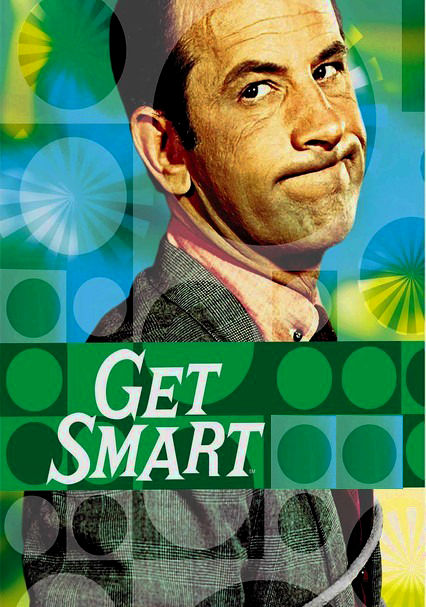 1965 TV-G 5 seasons
As operatives for the super-secret CONTROL agency, famously clueless spook Maxwell Smart (Don Adams) and his attractive colleague, Agent 99 (Barbara Feldon), go up against the evil international KAOS network on a regular basis in this classic spy drama spoof. Despite an array of slick spy gadgets -- including his infamous shoe-phone -- Smart depends mostly on dumb luck and the mistakes of others to guide him safely through danger.

Created by Mel Brooks and Buck Henry, this Emmy-winning spoof of the spy genre stars Don Adams as bumbling operative Maxwell Smart, who -- aided by shapely Agent 99 (Barbara Feldon) -- must outwit the dastardly KAOS organization. Despite his ineptness with the gadgets at his disposal, clueless Max invariably foils the baddies, but if he needs help, his boss (Edward Platt) is only a shoe-phone call away. First season guests include Leonard Nimoy.

Inept CONTROL agent Maxwell Smart (Don Adams) and sharp, sexy Agent 99 (Barbara Feldon) continue to take down the bad guys of KAOS with the help of their crazy gadgets in the second season of this popular satirical spy sitcom. Max has to step in when KAOS programs CONTROL robot Hymie (David Gauthier) to murder the Chief (Edward Platt); Max becomes the leader of the spy labor union; and Max and Agent 99 try to expose a circus smuggling ring.

In the third season of the popular spy satire, Agent Maxwell Smart (Don Adams), Agent 99 (Barbara Feldon) and the Chief (Edward Platt) have to contend with KAOS's League of Impersonators, who are imitating CONTROL agents and causing all sorts of problems. In other episodes, Max holds a séance to obtain evidence from a deceased informant, everyone at CONTROL is moonlighting because of cutbacks and Max goes undercover for British CONTROL.

CONTROL agents Maxwell Smart (Don Adams) and 99 (Barbara Feldon) get married in this fourth season of the spy sitcom. But when the boat blows up on their honeymoon cruise, they wind up on KAOS leader Seigfried's (Bernie Kopell) secret island. In other episodes, Max and 99 go undercover as dancers at a television station and Max uncovers corruption by watching the office across the street from his wheelchair while recovering from a gunshot wound.

In the fifth and final season of the popular spy spoof, CONTROL agents Maxwell Smart (Don Adams) and 99 (Barbara Feldon) become parents when 99 has twins, and Max and the Chief (Edward Platt) attend a class for expectant fathers, believing it's a KAOS operation. Later, the Chief orders Max to propose to a beautiful woman suspected of murdering her many husbands -- but the wedding falls on the Smart's first anniversary and 99 isn't happy.