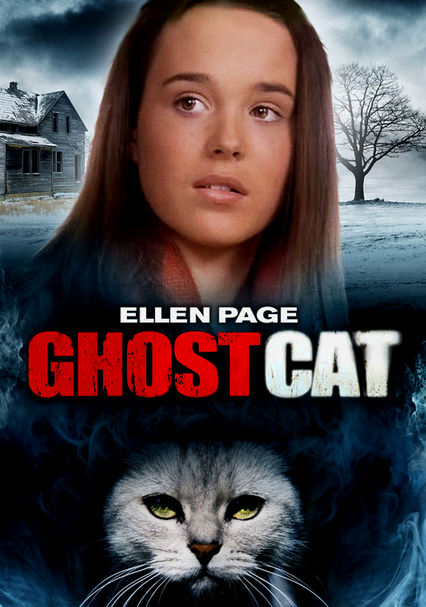 2003 PG 1h 32m Blu-ray / DVD
When widower Wes Merritt and his 14-year-old daughter, Natalie, move into a beautiful house that once belonged to the late, cat-loving Mrs. Ashboro, their arrival is marked by a series of bizarre events.

Parents need to know that Ghost Cat is a made-for-TV movie from 2004 that stars a pre-Juno Ellen Page. As ghost stories go, the "scares" in this one are pretty tame, as the titular feline generally doesn't do much more than knock things over, but the cat does cause an automobile accident by scratching the bad guys in their faces. A man tries to asphyxiate all the animals in an animal shelter. Aside from this, the biggest concern for younger viewers involves scenes with death or dying, as a beloved elderly character is shown dying on her loveseat, and younger characters discuss the recent passings of their parents.

Brief kissing between a teen boy and girl.

A man tries to asphyxiate all the animals in an animal shelter by cutting off all the oxygen in a barn and turning on a gas-powered engine inside the barn. Later, with the help of another man, this person pours gas everywhere in the barn and tries to set it on fire with the animals inside. During the fire, a girl is trapped in the barn when her foot gets stuck beneath a broken floorboard. A sports car spins out of control on a windy road and rolls down a ditch. The two people inside are injured, but conscious.

The movie discusses the importance of protecting farms from opportunistic developers.

Brief scenes in a bar, where characters drink but do not act intoxicated.