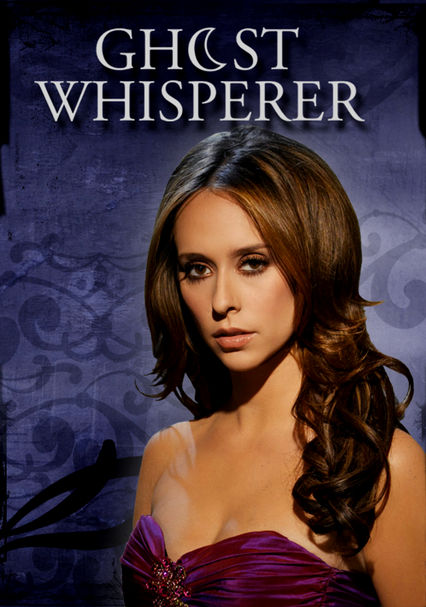 2005 TV-PG 4 seasons
Possessing a lifelong ability to speak to the dead, reluctant medium Melinda Gordon (Jennifer Love Hewitt) struggles to help the spirits address lingering issues as she seeks meaning in the sometimes confusing messages she receives. Supported by her husband (David Conrad) and skeptical best friend (Camryn Manheim), Melinda finds her gift is both a blessing and a curse in this series inspired by the real-life exploits of medium James Van Praagh.

Melinda Gordon (Jennifer Love Hewitt) -- who longs to lead an ordinary existence -- has grappled her whole life with an unexplained power to speak with the dearly departed. In the meantime, the ghostbuster-for-hire investigates a plethora of spectral scenarios, helping the dead move on to the other side. Aisha Tyler and David Conrad co-star in this riveting drama based on psychic James Van Praagh's real-life cases.

All her life, Melinda Gordon (Jennifer Love Hewitt) has struggled with her uncanny ability to speak to the spirits of the deceased. Finally embracing her gift, Melinda now investigates paranormal activity and aids the recently departed in moving on to the other side. The second season finds Melinda befriending widow Delia (Camryn Manheim) in this gripping series based on the personal accounts of psychic James Van Praagh.

Reluctant ghost whisperer Melinda Gordon (Jennifer Love Hewitt) continues to help the spirits of the deceased wrap up any unfinished business so they can move to the other side in the fourth season of this popular supernatural series. David Conrad, Camryn Manheim and Jay Mohr co-star in the show, which is inspired by medium James Van Praagh and spiritualist Mary Ann Winkowski's real-life experiences.

Jennifer Love Hewitt returns for a fifth season of this supernatural drama, starring as Melinda Gordon, a paranormal investigator who uses her ability to communicate with the dead to help the recently deceased move on to the next life. The award-winning series also stars David Conrad as Melinda's supportive husband, Camryn Manheim as her skeptical friend Delia, and Jamie Kennedy as a psychologist and fellow ghost whisperer.

Parents need to know that this show about a woman who talks to the dead isn't age appropriate for younger kids. Most of the ghosts look like regular people, but some do look like decomposed bodies and may be scary for kids. That said, the show's overall tone is sentimental and eerie rather than frightening. Other than the concept of an afterlife, the program doesn't allude to religion in any way. Some mild language.

Lots of suspense. Some ghosts (particularly in later episodes) can be scary, but overall the show is more sad than frightening.

The main character does good deeds for others.