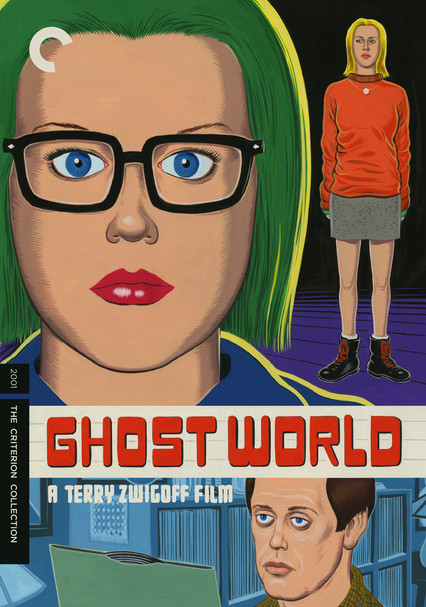 2001 R 1h 51m Blu-ray / DVD
Mopey high schooler Enid and her equally disaffected friend Rebecca play a prank on a lonely middle-aged man. But when Enid strikes a connection with their victim, her growing fascination with him begins to test the girls' friendship and future.

Parents need to know that this coming-of-age indie follows two best friends the summer after they graduate from high school. The graphic-novel adaptation is not your typical teen flick. There is a lot of strong language ("f--k," "c--t," "p---y" and other curse words are said frequently) and an intimate friendship between an 18-year-old girl and a much older man that's eventually consummated (the couple is briefly shown kissing and then in bed next to each other). The main theme of the movie may go over some teens' heads; it's basically that becoming an adult can be boring and confusing, and how working and conforming is a lot less hip than just doing whatever you want.

Although there are positive messages about friendship -- the protagonists are loyal to each other -- there are also negative messages that in order to be hip you have to be a slacker who doesn't go to college, care about work, or much of anything other than making fun of other people.

Teenage girls drink and smoke cigarettes, and in one scene, a protagonist gets drunk and sleeps with a much older man.