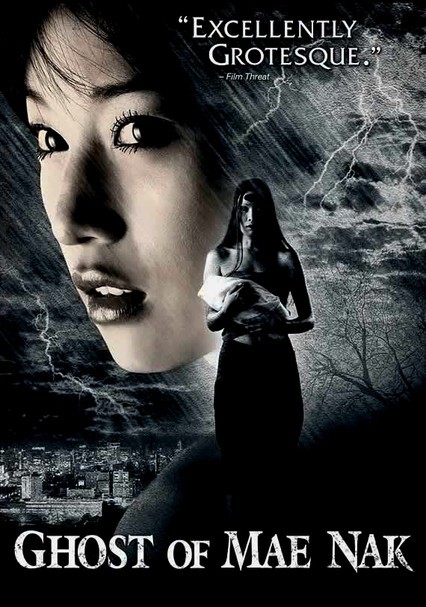 2005 NR 1h 43m DVD
Frightening folklore from Thailand tells the tale of a displaced spirit whose fury is unleashed when a newlywed couple moves into an abandoned home. The feared phantom known as Mae Nak (Porntip Papanai) initially safeguards the pair from evildoers, but the couple soon realizes that she expects a terrible price in return for her protection. British director Mark Duffield marks his feature film debut with this scary cinema treat.