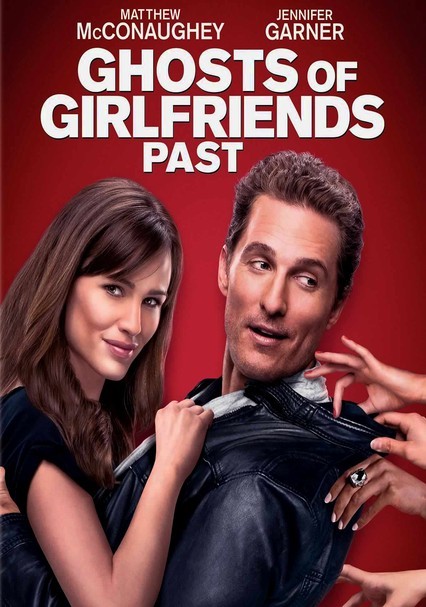 2009 PG-13 1h 40m Blu-ray / DVD
At his brother's wedding, playboy Connor is troubled to find that the ghosts of his many girlfriends have come to give him a piece of their mind. But they also teach him about true love as they help him rediscover old feelings for his first love.

Parents need to know that this predictable romantic comedy about a shameless womanizer who ultimately sees the error of his ways has plenty of innuendo and discussion about sex, though there's more talk than action. Expect to see deep kissing, some groping, and a clothed man being straddled by a scantily clad woman while they make out. There's also some swearing ("bitch," "damn," etc.) and drinking, including a scene in which an uncle buys his eighth-grade nephew a drink in a bar.

Lots of innuendoes ("spooning isn't as much fun as forking," etc.) and a fair amount of discussion about what women and men want in bed. Deep kissing, though some of it is played for laughs. Characters talk about wanting "wedding sex," a man gropes his brother's future mother-in-law, and scantily clad women prance around a photographer's studio -- later, one of them is seen straddling the photographer and making out with him.

A woman slaps a man; two brothers yell at each other; a man crashes his car at the bottom of a hill.

A chauvinistic man who believes that women should be loved and left gets his comeuppance; ultimately, he's persuaded by true love to put his best foot forward.

A Polaroid camera figures in the plot, and characters mention alcohol brands by name.

One character talks about snorting a pile of cocaine (but it's not shown). Characters drink heavily during a wedding weekend, sometimes intentionally to excess. An uncle takes an eighth grader to a bar and orders hard liquor for him.