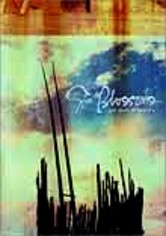 2002 NR 1h 30m DVD
Phoenix-based pop-rockers the Gin Blossoms burst onto the scene in the early 1990s with catchy tunes such as "Hey Jealousy" and "Found Out About You." This compilation, the first of its kind for the band, includes a live performance from Chicago, five previously unreleased tracks, interviews with band members (including guitarist and lead singer Jesse Valenzuela) and a music video collection.