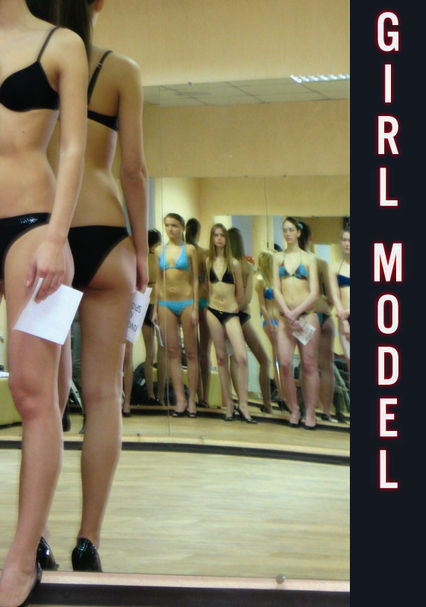 2011 NR 1h 18m DVD
Documentarians Ashley Sabin and David Redmon take an unflinching look at the modeling industry, focusing on a conflicted American scout -- herself a former model -- who recruits poverty-stricken adolescent girls from Russia to work in Japan.

Parents need to know that Girl Model is a documentary that chronicles the slightly seedy underbelly of the international fashion model industry. Beautiful Siberian girls are shown desperately trying to impress a modeling scout to score a contract to Japan. There's no objectionable language (and half of the film is subtitled), but there are definitely sexual overtones to why and how the 12- and 13-year-old models are selected and how older models who don't succeed turn to high-end prostitution to earn money. A couple of scenes show the young models sobbing and homesick while on the phone with their parents, and the modeling execs all come off as slightly sleazy and exploitative. But for any older tween or teen girl interested in modeling, it's an eye-opening view at how the business can be far uglier than the beautiful pictures imply.

Although there's no actual sex in the documentary, there are obviously sexual overtones to the entire process/industry. The Siberian model agency boss alludes to the fact that the older the girl, the more likely she is to turn to high-end prostitution. In the scouting scenes, the girls are all wearing bikinis.

No violence, but there's much sadness watching the sobbing, homesick 13-year-old models attempt to contact their families back in Russia.

Girl Model's only potentially positive take-away is the scout's confession that modeling is "based on nothing" and that beauty is such a subjective issue that each country has its own standard.

Nadya's family toasts to her (the adults with wine) at her last family meal before heading to Japan. A character smokes, and a man mentions how some models turn to drugs.