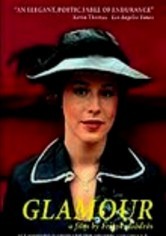 2000 NR 1h 50m DVD
The sweep of 100 years of history is seen through the experience of a prosperous Hungarian-Jewish family, the Vendels, in this fragmented drama. From an Orthodox Passover celebration after World War I, the triumphs and heartaches of the family play out against subsequent Nazi invasions and Communist incursions. Koroly Eperjes and Eszter Onodi star. Frigyes Godros directed this autobiographical film as a tribute to his indomitable parents.