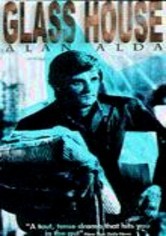 1972 NR 1h 31m DVD
After accidentally killing a man in self-defense, college professor Jonathan Paige (Alan Alda) gets sent to a maximum-security prison where he faces his worst nightmare, suffering gang attacks, rape and stabbing. When it becomes obvious that the indifferent guards won't help, Paige sets out to make a change -- even if it kills him. Vic Morrow, Billy Dee Williams and Clu Gulager costar in this powerful drama based on a Truman Capote story.