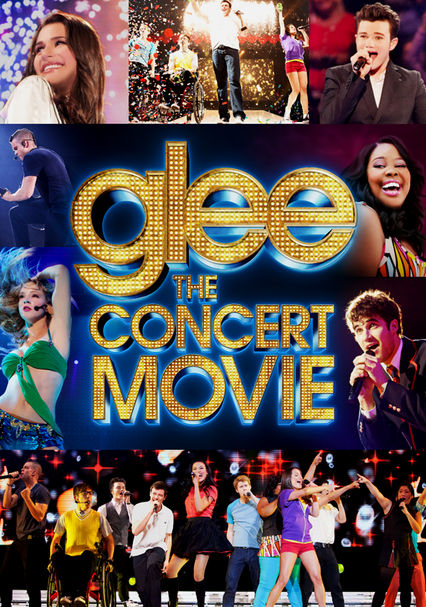 2011 PG 1h 40m Blu-ray / DVD
The "Glee" kids take the stage for a sold-out concert tour across America, performing a set list of their most infectious and best-loved hit tunes. The film also includes behind-the-scenes footage that even the live concertgoers missed!

Parents need to know that this 3D concert musical -- which features the cast of Fox's hit show Glee performing their most popular song covers, with additional interview footage of three of their biggest fans -- is much tamer than the TV show. The series routinely deals with heavy/edgy material, but the movie is more like a "greatest hits" of the stars' performances, so there's nothing particularly questionable except for Brittany's racy rendition of Britney Spears' "I'm a Slave 4U." The interviews with the fans discuss issues about being "different" in high school (being gay, a little person, autistic, etc.).

Dressed in bikini-style outfit, Brittany does a sexy dance routine to Britney Spears' song "I'm a Slave 4U." Real fans say they like certain characters because they are "hot." Brittany makes a joke that her "boobs" will look "awesome" in 3D.

Because the movie demonstrates how fans have taken Glee's messages to heart, it's a powerful testimony to why teens should celebrate diversity and accept and respect people no matter what they look like or whom they love. The concert movie, like the show, emphasizes the idea that we're all "losers" and everyone has something that makes them "different," whether it's Artie being in the wheelchair, Curt being gay, Mercedes black, Zizes large, etc. The real-life fans include a little person who's also a cheerleader, a young gay guy, and a young woman with Asperger's.

The entire movie is a pitch for how wonderful Glee is, of course, but the connection to real fans and how the show has made it difference in their lives makes it more than just a big commercial.