Global Warming: What's Up with the Weather? 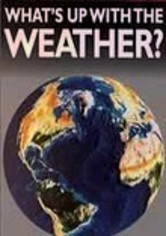 Global Warming: What's Up with the Weather?

2000 NR 2h 0m DVD
Explore one of the most controversial and pressing issues of the 21st century with this compelling documentary produced jointly by PBS's "Nova" and "Frontline" series. While most reputable scientists agree that global warming is a problem, controversy still surrounds its causes and solutions, and the issue is hotly debated in political and business arenas. This program examines the science and politics surrounding modern weather patterns.