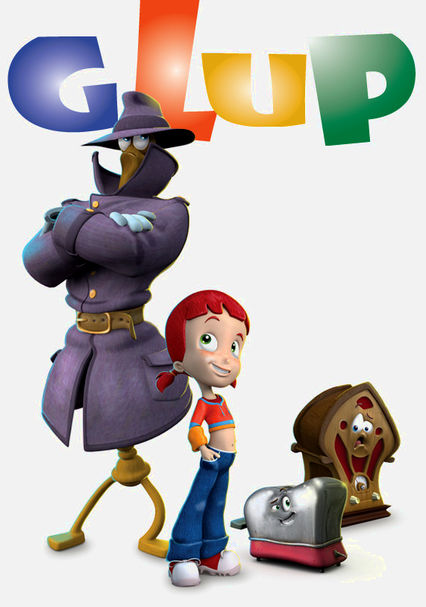 2004 NR 1h 8m DVD
After chasing her favorite toy into the trash, Alicia ends up trapped in the foreign surroundings of a garbage dump. Now, her only friends are the cast-off things that live there, including a crusading toaster and a valiant trench coat who goes by the name Detective Glup. They want to help Alicia find her way home, but first they've got to circumvent the wicked Don Bater, who wants to lure Glup and his friends into the incinerator!

Parents need to know that Glup is a short animated film from Spain, with English subtitles, with just a bit of cartoonish violence -- most notably, an incinerator who talks in an evil voice and threatens to burn everyone and everything. It's a strange story about a little girl who gets lost in the city garbage dump and befriends a few of the discarded chairs, teapots, and toasters living there. Beyond this, Glup does have the potential to inspire discussion within families about where exactly your garbage goes once it's picked up by the garbage trucks.

A discarded mattress complains of worn bedsprings, and another character says, "That's what happens when you live in a seedy motel."

Cartoonish violence. A little girl falls into a garbage truck. Personified objects are burned to death by a personified incinerator who speaks in an evil voice.

No profanity, but some name-calling along the order of "stupid idiot."

Instead of discarding old products and sending them to a landfill and an incinerator, perhaps many objects could be recycled and reused as new products.

The antagonist, a talking toilet, is never seen without a cigar wedged between its lips/toilet seats.