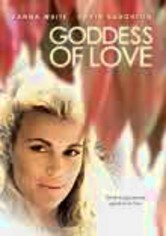 1988 NR 1h 31m DVD
Wheel of Fortune letter turner extraordinaire Vanna White stars as Venus, the goddess of love, in this tawdry romantic film. Venus typically spends her time with her fellow Grecian gods on Mount Olympus, but her life is turned upside down when a hairstylist unintentionally brings a Venus statue to life. With no other choice, Venus must assume life as a human, not to mention as a mere mortal. John Rhys-Davies co-stars as Zeus.