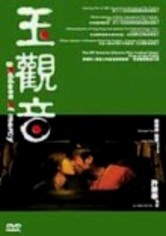 2004 NR 1h 50m DVD
Director Ann Hui's film, which opened the 2004 Hong Kong International Film Festival, follows the travails of An Xin (Vicki Zhao), a woman whose work life may be under control, but whose love life is in a shambles. And no wonder: She's juggling two men -- a drug kingpin she meets through work (Nicholas Tse) and her reformed playboy fiancée (Liu Yunlong). Plus, An Xin still hasn't gotten over the death of her husband, Tienjun (Chen Jiabin).