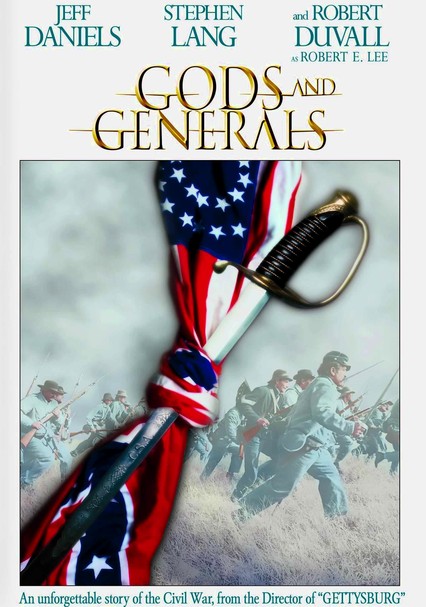 2003 PG-13 3h 39m Blu-ray / DVD
Director-producer Ron Maxwell mines America's history in this epic movie chronicling the Civil War's beginnings in 1861 to the tragic Battle of Chancellorsville in 1863 and the heroes who defended their honor on both fronts. Robert Duvall is Gen. Robert E. Lee, who leads the Confederates; Jeff Daniels is Joshua Lawrence Chamberlain, a Bowdoin College professor who fights for the Union army, and Stephen Lang portrays Gen. Stonewall Jackson.

Parents need to know that this movie has sustained battle violence and bloody scenes of caring for wounded soldiers. Many characters die.