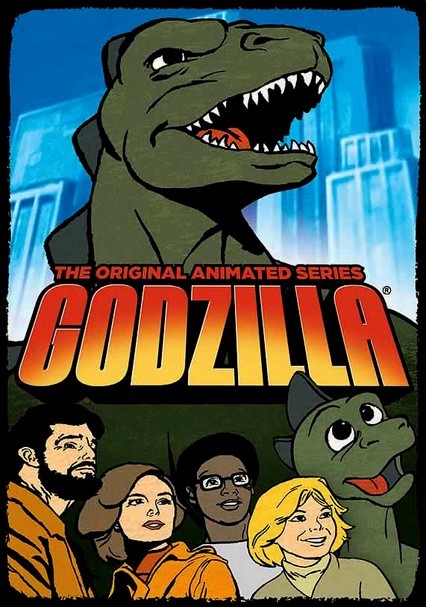 1978 TV-G 3 seasons
Created by an atomic accident, Godzilla nearly destroys civilization. Scientists vanquish the mega-lizard but find a hatchling in its wake. Lo and behold, the new Godzilla turns out to be a weapon for good in this animated adventure series.

In the late 1970s, legendary cartoon producer Joseph Barbera sought to make a series based on the famed city-stomping monster Godzilla -- but network execs insisted on a kinder, gentler version of the beast, and the result is this campy treat. In these action-packed adventures, the fire-breathing lizard teams up with a crew of research scientists and his hapless nephew, Godzooky. The show's first four episodes are presented here.

The crew of the oceanic research ship &NFiCalico&NFi_; contends with a seaweed monster, a cyclops, a well-disguised alien and the people of Atlantis -- with a little help from Godzilla -- in this collection of episodes from the Hanna-Barbera animated classic. While the &NFiCalico&NFi_; researchers do their best to use science to get themselves out of a bind, it's nice to know that Godzilla's never far away -- especially since his nephew, Godzooky, isn't much help.

Godzilla works overtime to protect the crew of the research vessel Calico in this volume of episodes from the Hanna-Barbera animated series that portrays the fearsome beast as a gentle giant with a goofy nephew named Godzooky.